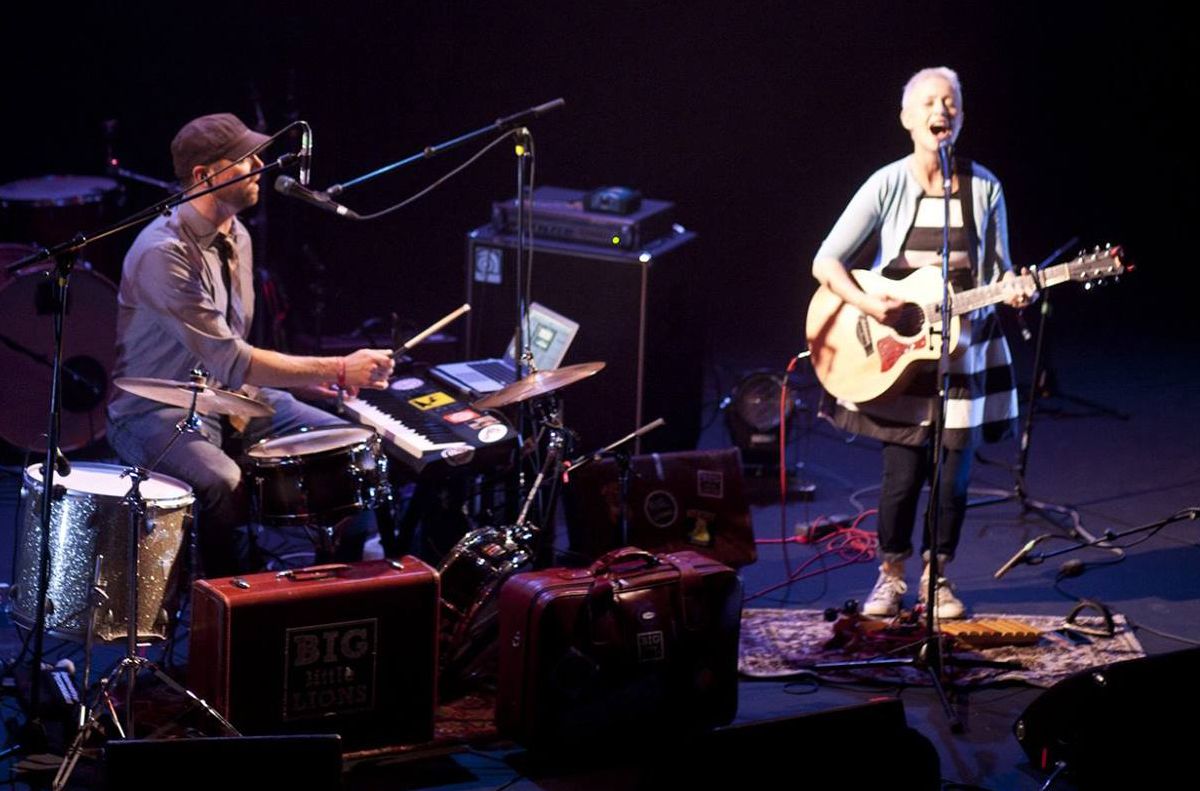 The duo’s sound mixes the new school folk of Mumford and Sons with a dance rhythm that keeps the music sounding light and upbeat. It also doesn’t hurt that their songs are very catchy and aided by how well Austin and Otten’s voices complement each other.”
The Examiner

Big Little Lions have been described as ‘a blissful marriage of new folk and sophisticated pop’. Prolific songwriting, infectious folk-pop style, and an offbeat, memorable live show. This award winning duo consists of Helen Austin and Paul Otten who, despite living thousands of miles apart, have found a way to connect and create music together. Despite being in two different countries, they have found common ground to share their message. Despite the pull to avoid the hard topics and pretend it’s all ok – they’ve chosen to speak out.

“What is truly amazing about Big Little Lions is that its two members, Helen Austin and Paul Otten, were born to make music together, their voices made to combine, but they are in different countries. It just goes to show you, destiny is a powerful force.” [east of 8th]

Call it destiny, or call it fate, call it a necessary progression for these modern times. Helen lives in British Columbia, Canada and Paul lives in Cincinnati, OH. But the distance provides the necessity to create in a new way. Using technology as their ally and their differences as their strength.

Their latest release, Inside Voice, is the bands 6th album and digs deeper than their previous work. The album takes on topics around mental health but in a way that leaves the listener feeling optimistic and understood. Inside Voice is jam-packed with emotion and tight harmonies, the sound of two people working side-by-side.