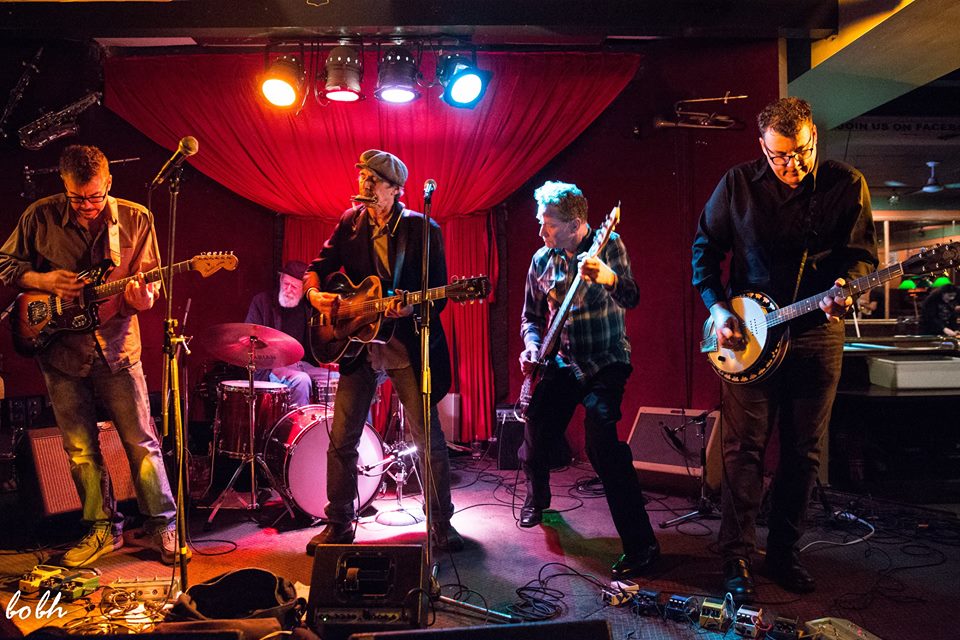 *All Covid protocols in place*

In a career that started in Vancouver’s independent music scene of the early 1980s, Doug Andrew has shared bills with everyone from The Ramones to Raffi to Ramblin’ Jack Elliott.  Beginning with bands like Shanghai Dog (2 vinyl releases: 1983’s Clanging Bell EP & 1985’s This Evolution LP) he has continued to write songs and is today recognized as an accomplished singer-songwriter respected by critics, peers and music fans alike.  The Edmonton Journal has described his songs as having “slightly twisted, always interesting storyline lyrics” delivered “with an energetic thrust that falls just shy of reckless abandon.” SEE Magazine has said his songs “should shuffle him off into the Canadian musical songwriting hierarchy” and the Vancouver Province declared “Andrew is a great songwriter …while The Circus In Flames are his extraordinarily sympathetic band…a weird mix of musical eclecticism built on a dark folklore.”

Most recently, Northern Electric Sound has released Outside America by The Circus In Flames.  Andrew called on long time band member Brian Barr to again co-produce and play mandolin and electric guitar.  Ed Goodine returned on drums and making his debut on banjitar was Brian Thalken.  Upright bassist Bernie Addington, who played on the first Circus In Flames album, reunited with the band in the studio while his brother Phil Addington grabbed his electric bass and became the latest musician to run away and join The Circus.

In his review of the recording, veteran Canadian music critic, Tom Harrison pointed out that the band “give Andrew’s songs sympathetic arrangements…In this, Brian Barr, who had a hand in arranging and producing, stands out.”  Stuart Derdeyn of the Vancouver Sun wrote, “Andrew is a fine songwriter comfortable working in many styles and his original garage string band music of the Canadian south just keeps on getting better” while Tom Harrison echoed, “Andrew’s songs are thoughtful and poetic, sort of like the late, great, Guy Clark…the band’s records are consistently good…Outside America stands as one of the best.”

Pinning down The Circus In Flames sound can sometimes be difficult.  Although there is a certain familiarity about the music, stemming from its roots in traditional country, folk, and blues, Outside America also resonates with the influences of Gospel and R&B as well as the Anthology of American Folk Music.

“Sheet metal country,” Doug Andrew describes the music. “It bangs and rattles and booms, generally making a fair amount of noise, but it can also be light and quiet. It can go from sounding like a runaway locomotive thundering down the mountain without any brakes to a wind slipping through the forest at midnight.”