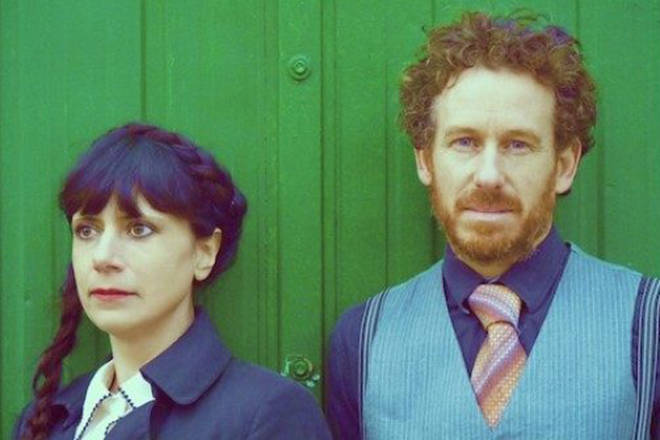 It’s been almost 10 years since Mark Berube performed at Bozzini’s and it was a memorable night of music and we’re glad to have him back with his newest project, KLIFFS.
Don’t let the low dough ticket price fool you – this will be a killer show that you should take advantage of. And when has a show that included a Cello ever disappointed?

Kliffs is the Berlin-based duo of two Canadians: Mark Bérubé (guitar, keys, voice) and Kristina Koropecki (cello,synths, voice). The two met twelve years ago in an improvised Montréal rehearsal space when Kristina joined Mark’s solo project. The two toured together with Mark’s band numerous times across Canada and Europe, and eventually re-located to Berlin, Germanyin 2014.
After a brief hiatus for other projects, the two teamed up again in 2018 as a duo under their new name KLIFFS and released their first album Temporary Cures in November, 2019. You might have already seen them playing in the bands of Agnes Obel (Kristina) or Sophie Hunger (Mark) around Europe over the past couple of years.
Jump ahead one weird year later, and the band has crafted a four song EP that showcases its post-punk pop tunes. The title track grooves along on Bérubé’s skittish guitar and Koropecki’s cello to produce something with elements of David Byrne’s eclectic orchestrations, The Fall’s deliberate pulse and a dance vibe over all that. From there, the music moves to lilting folk (These Days), pastoral acoustic prog (Blashphemy) and atmospheric pop (Silent Side). Great harmonies
+ Google Calendar+ iCal Export