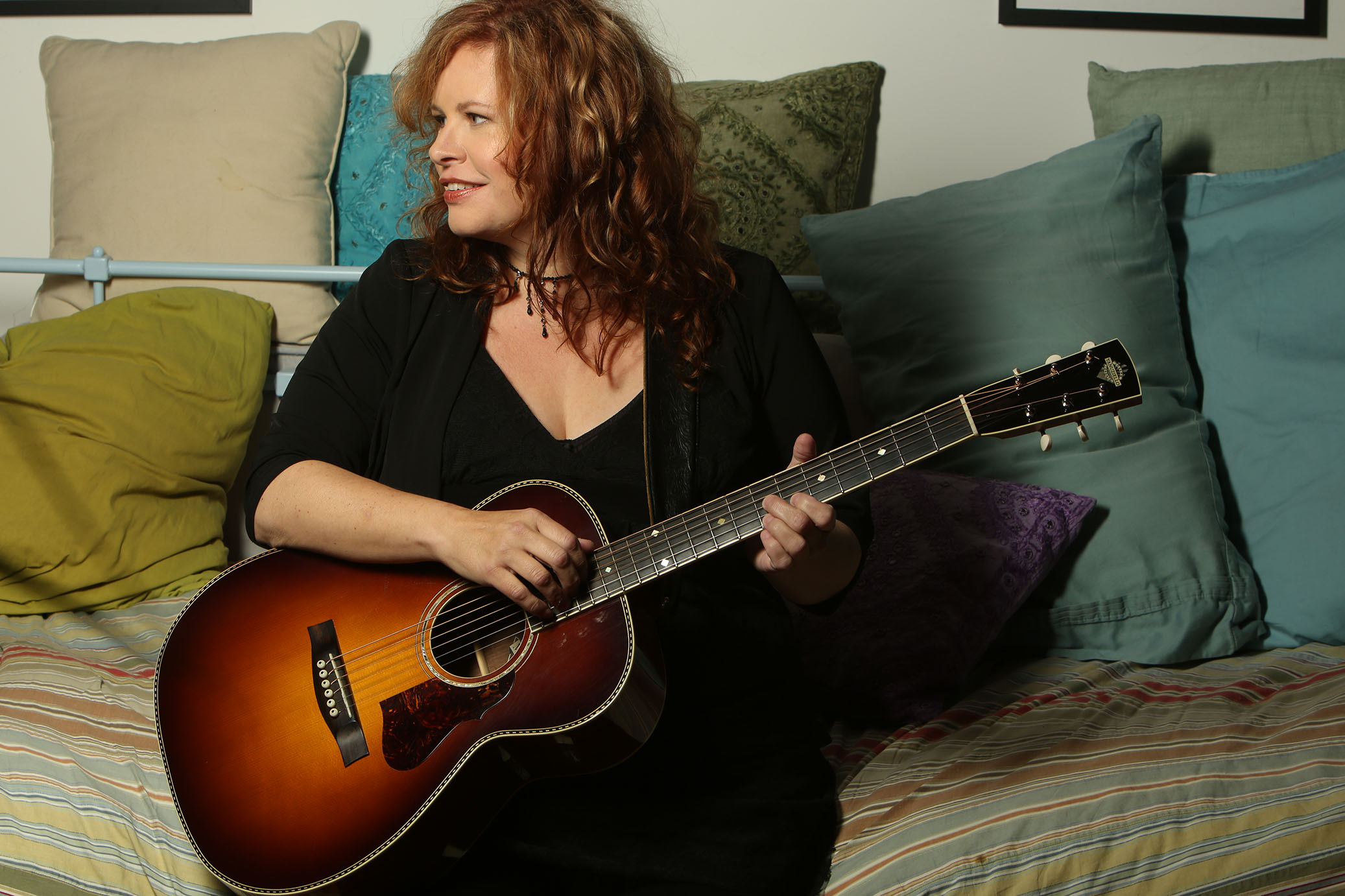 A Saskatoon native transplanted to the Niagara Region of Ontario, Suzie Vinnick is the proud owner of a gorgeous voice, prodigious guitar and bass chops, and an engagingly candid performance style.

Her career has seen triumph after triumph. Among her most recent successes: being nominated for a 2018 Canadian Folk Music Award for Producer of the Year with her co-producer, Mark Lalama.  Suzie achieved finalist status in the Solo/Duo Category at the 2013 International Blues Challenge in Memphis, TN; received the 2012 CBC Saturday Night Blues Great Canadian Blues Award and the 2012 Sirius XM Canada Blues Artist of the Year. Suzie has won 10 Maple Blues Awards (she has been nominated for 22 so far!), won the 2011 Canadian Folk Music Award for Contemporary Vocalist of the Year and is a 3X Juno Nominee.

Suzie has toured nationally with Stuart McLean’s The Vinyl Café and the John McDermott Band, and performed for Canadian Peacekeepers in Bosnia and the Persian Gulf. She was also the voice of Tim Horton’s for 5 years.

Suzie has just released her latest album, a full-band roots and blues extravaganza entitled Shake The Love Around.

“When Saskatoon native Suzie Vinnick takes the stage, she takes it from footlights to rafters and owns it. She can
belt out a blues or croon a ballad with equal deftness. Her guitar work is effortlessly commanding and supremely
tasteful. But it is mostly her powerful presence that leaves a lasting impression. This lady is a force of nature with
a six-string guitar. You’ve got to experience her to understand.” Mike Agranoff, The Minstrel, Morristown, NJ

You don’t have to travel far into Suzie Vinnick’s catalogue of music to know you’ve found something singular and unforgettable.

Hailing from Saskatoon and now settled in Ontario’s Niagara Region, Suzie has worn all the hats and made all the calls in a 30-year career in roots and blues that has taken her across the country and around the world.

Singer-songwriter doesn’t begin to describe her. She picked up her first guitar at the age of 9 and went on to learn bass, saxophone, mandolin, lap steel, piano, and more. She’s won 10 Maple Blues Awards, a Canadian Folk Music Award for Contemporary Vocalist of the Year, been nominated for three JUNOs, toured with Stuart McLean’s The Vinyl Café, and performed for Canadian Peacekeepers in Bosnia and the Persian Gulf. In 2013, she was a finalist in the International Blues Challenge at the legendary Orpheum Theatre in Memphis in the solo/duo category.  She’s also won the 2012 CBC Saturday Night Blues Great Canadian Blues Award and the 2012 Sirius XM Canada Blues Artist of the Year.  And for five years, she was the voice of one of Canada’s national coffee chains, Tim Horton’s.

Suzie is one of those rare performers who knows when to deliver the vocal knock-out and when to pull back to a whisper, bending notes and phrases that tiptoe across your heart. Even her humming is like a warm caress. “Singing is like sleeping and breathing for me. If you can’t sing with feeling, you can’t move people.” She performs with a warmth and generosity that makes her at home on your best friend’s front porch or under the lights of the National Arts Centre. She’s also an ace at blurring musical boundaries and interpreting covers in unpredictable new ways – her cheeky bossa nova version of Led Zeppelin’s “Rock N Roll” proves that fact.

Suzie has just launched her 6th solo album. Unlike her last two albums, which were solo acoustic affairs, Suzie’s new release, Shake the Love Around is a ‘band’ record. The album’s title was inspired by friends in Forget, SK, who used to hold hands and “shake the love around” after grace at every meal. The warmth and camaraderie of those days has never left her.

Working with co-producer and keyboardist Mark Lalama (Sisters Euclid, Marc Jordan), Shake the Love Around moves beyond Suzie’s singer–songwriter persona and celebrates her prodigious instrumental chops – on bass, lap steel, electric and acoustic guitar, and the gorgeous National Folkstar guitar.  Suzie recorded the album bed-tracks with drummer Gary Craig (Blackie & the Rodeo Kings, Jann Arden, Tom Cochrane). She also has a few other guests on the album including Colin Linden and Kevin Breit playing guitar on two songs and Dean McTaggart and David Leask lending their song-writing and vocal talents to each of their album co-writes.

The songs are as diverse as her talents, coming in like little gifts, each one a happy surprise in contrast. There’s the anthemic power of “The Golden Rule” and the quiet beauty of “Drift Away,” which conjures up a musical love affair between Norah Jones and Stephen Foster (“Drift Away” was co-written with Matt Andersen and is the first song Suzie wrote in the 1880s church she bought and has called home since 2012.) And just try to sit still through “Find Some Freedom,” a joyful ride through all the things that make life worthwhile, if we only look.

Her blistering rendition of John Fogerty’s “A Hundred and Ten in the Shade” shines a light on Suzie’s guitar prowess, while Percy Mayfield’s “Danger Zone” takes on the ‘new normal’ of these turbulent times and demonstrates Suzie’s bass chops.

From start to finish, the joy and power of Suzie’s full-bodied vocals is on target in every track. “A lot of me is in this album, and it feels really good. We shook the love around and made it happen.”

Suzie Vinnick is one of Canada’s true stand-out roots and blues artists, a shape-shifting maverick who continues to blaze her own trail.