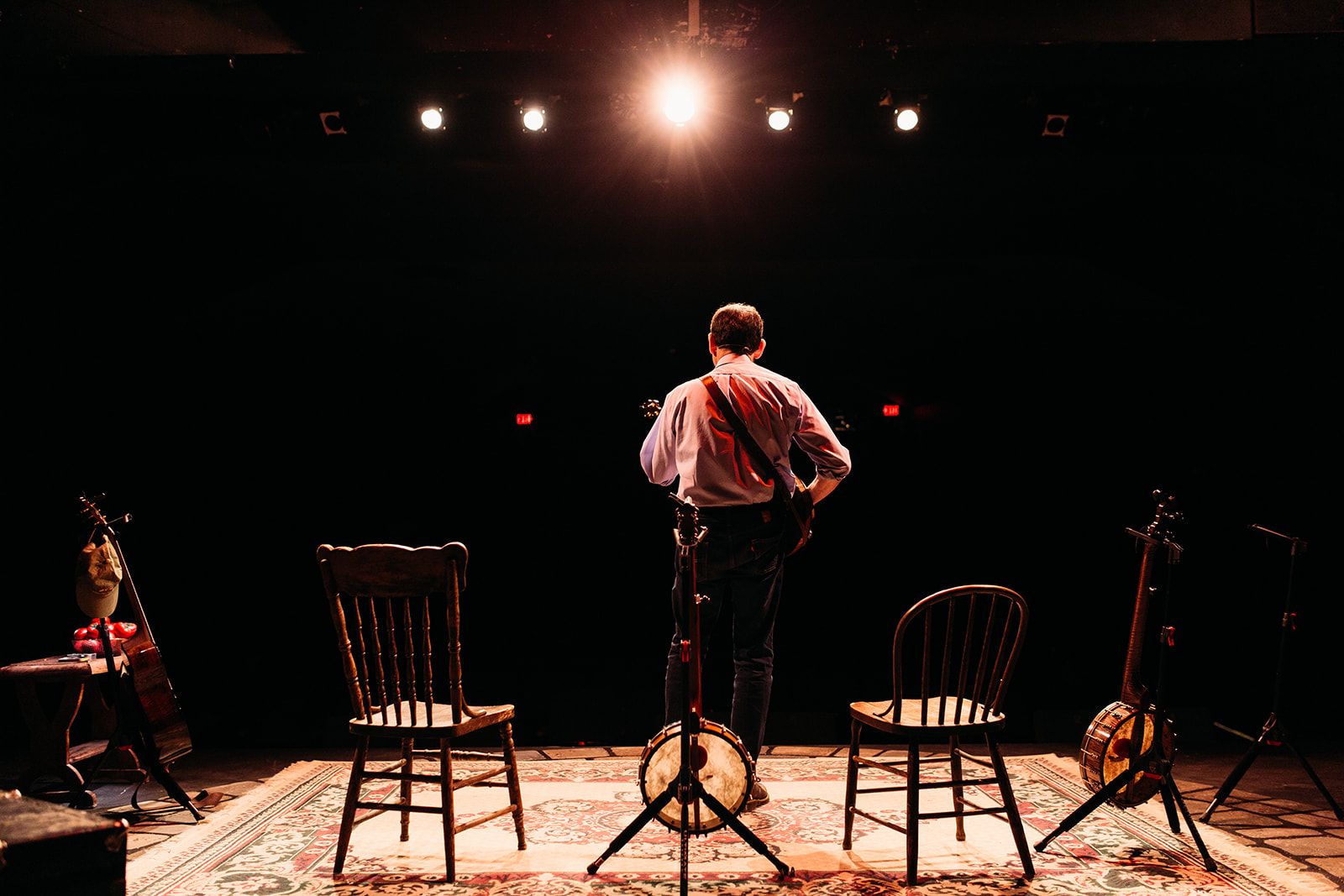 Tomatoes Tried to Kill me But Banjos Saved My Life

What could be a better way to kick off 2023 but with a worldwide hit Fringe show!!!

*Please note this a theatrical performance, talking during the performance is not permitted*

Tomatoes is a heartfelt passion project that began as an idea not long after a devastating life event caused Keith Alessi to think differently about his future. Keith was encouraged by friends and family to share his story and that became the basis for the show. The show began its journey to the stage at the Toronto Fringe Festival in 2018. Several other Fringe Festivals followed. The run started with small, but enthusiastic, audiences and built throughout the year. After winning three awards at the Frigid Fringe Festival in New York City in 2019, the show continued to gain traction, winning additional awards, excellent reviews and sellout runs in multiple cities along the way. The year ended with the show being selected to participate in the Fringe Encore Series, Off Broadway, at the Historic Soho Playhouse in New York City where it sold out the run. The series featured 18 “Best Of” shows selected from Fringe Festivals worldwide.When theatres went dark in 2020, touring was suspended but Keith participated in a limited number of online festivals. The show was a finalist for an OnComm Award in the United Kingdom in 2021. The OnComm is given by The Off West End Theatre Awards and recognizes excellence, innovation, and ingenuity of independent Off West End Theatres across London. 2022 will be a busy year of touring with stops in New York City, Fresno California, Rosebud Alberta, Ottawa, Winnipeg, and Washington, DC. In August, the show will be performed 24 times at the Edinburgh Festival Fringe, in Scotland. Follow the journey on our website and on our social media platforms!