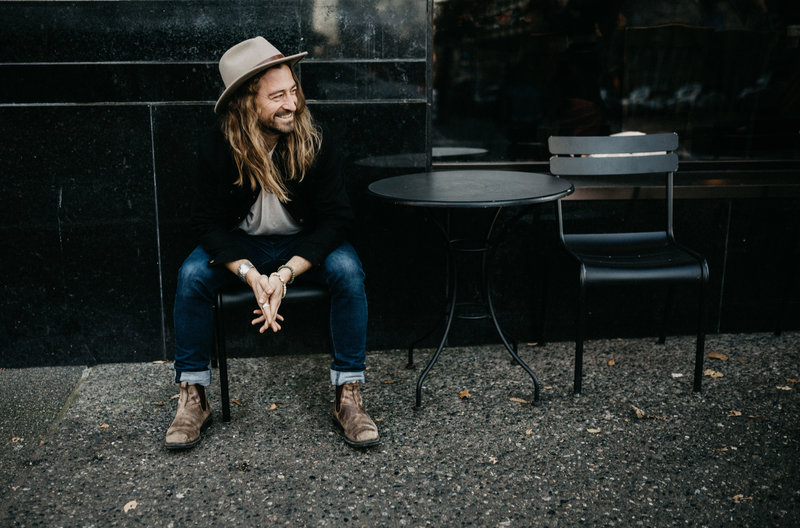 Tickets on sale now at Bozzini’s or call 604 792 0744 to reserve by phone
The purchase of tickets will be considered an attestation that the ticket holder has received two doses of an approved Covid 19 vaccine. Health check required
Jesse Roper

Working closely with famed Juno nominated producer Gus van Go (The Stills, Whitehorse, Arkells, The Trews, Sam Roberts) on this new collection of songs has pushed Roper into creating some of his best work, “Recording with Gus and Werner F was on a whole new level. They really cared where the songs were headed and that they ended up just right”, Roper confides. “Everything was broken down to the finest details and nothing was allowed to sit at just “ok”. It was all about getting the vibe right.”

And the vibe is certainly right. There’s a depth, a vulnerability, to this new body of work that hasn’t necessarily been at the forefront of Roper’s previous offerings. With  a richer infusion of vintage rhythm and blues as background, Roper’s unique, soulful vocals are given space to soar. The result brings to mind sun-baked, dusty roads and hot, sticky nights on crowded dance floors. Like contemporaries Nathaniel Rateliff and Jack White, Roper tells his story with heart.

New single ‘Horizons’ is an enigmatic track, created from a late night while peering up at the stars. “I’d been sitting on it for about 3 years before I recorded it knowing I had a cool idea there but was really stuck with how to move forward with it, Roper shares, “Sometimes these tunes don’t reveal themselves until they’re shouting back at you.” The recording experience was one of Roper’s favourite to date, and the dynamic working style that he and Gus Van Go share is clear in this latest offering.

The heart of ‘Horizons’ is propelled forward by pulsing percussion and undulating guitar, with Roper’s expansive vocals taking centre stage. The layered production style lends to a mysterious, almost seductive, edge to Roper’s soulful refrains; it tantilizes and charms, hooking the listener in. If you’re not slinking your hips at the start, you certainly will be before the 2:37 running time is up.

The title of the track is in reference to “the endless expanse of something unexplained”, Roper explains. And while, certainly this year, that rings true, there’s definitely some bright spots on the horizon for Jesse Roper.

Ryan McMahon
Ryan has toured Canada and the world with his band and the folk trio Lion Bear Fox. You may have seen Ryan perform with Lion, Bear, Fox at the Chilliwack Arts Centre or headlining the Mission Folk Festival but tonight you’ll get to see him up close and intimate as the very accomplished solo performer he is.
Ryan McMahon has been entertaining since the first time he managed to make his grandparents laugh. An only grandchild, McMahon discovered very early how much he loved connecting with people and hopefully provided them with moments of joy.
His latest release, In Line for a Smile, is a “Hail Mary” to the world to keep connecting and focus on the people right in front of you. In stores and available online worldwide.
“The complete package. Singer. Songwriter. Performer. Troublemaker. Passionate human being. For me… priceless!!” – Terry David Mulligan
+ Google Calendar+ iCal Export