Tower of Song – A Tribute to Leonard Cohen 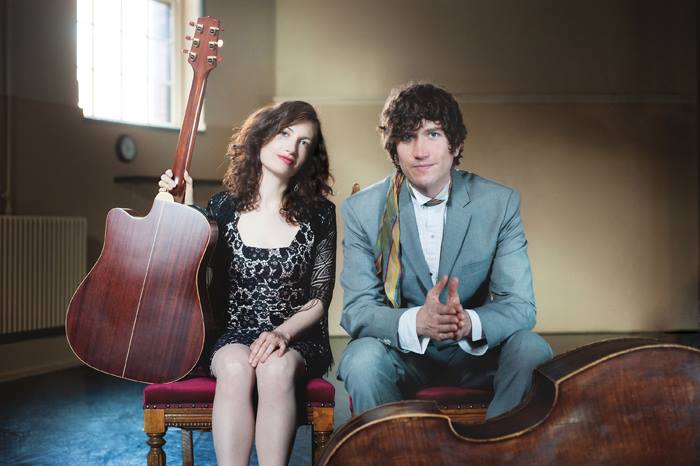 Tower of Song – A Tribute to Leonard Cohen

“We don’t do many tribute shows but this of course is different, this is Leonard Cohen and Tower of Song is the perfect way to celebrate & honour the life, love & music of Leonard Cohen on the 5’th Anniversary of his passing” – Mano

“I said to Hank Williams, how lonely does it get?
Hank Williams hasn’t answered yet
But I hear him coughing all night long
A hundred floors above me, in the Tower of Song.”When Leonard Cohen sang these words, the Tower of Song was a metaphor for the inspiration that flows between songwriters, each toiling away on their own, but connected by their shared craft. Moved by this concept, celebrated BC singer-songwriters Oliver Swain and Glenna Garramone collaborated to produce a project that is a dialogue through song and a tribute to the legendary songwriter. Re-imagining both rare and classic works of Cohen, the duo have crafted a sound that resonates with both longtime Cohen fans and a younger audience.

Tower of Song began as a one-off tribute night for a packed house at Vancouver’s The Media Club in 2011, and has since grown into an actively touring folk duo. Produced by Garramone, she invited fellow Victoria musician Oliver Swain, and the show gave Swain and Garramone the chance to grow their musical chemistry. Together as Tower of Song the two have arranged some of Cohen’s timeless songs beautifully, for two voices, banjo, string bass, piano and guitar. Tower of Song have played over 90 concerts to thousands of people in theatres and folks clubs across Canada, touring in support of their debut album, In City and In Forest, produced by Juno Award winner Joby Baker.  In addition to re-imagining the works of Cohen, Tower of Song includes original songs as part of their live show and recordings.  Performance highlights include packed houses at the West End Cultural Centre in Winnipeg, and The Rogue Folk Club in Vancouver, Hugh’s Room in Toronto, and receiving 3 standing ovation encores at the ArtsWells Festival.

Oliver Swain
Juno & WCMA nominated Americana Folk Noir musician Oliver Swain spent a dozen years in some of North America’s most loved roots bands (Outlaw Social, The Duhks, The Bills) before going solo and releasing In a BIG MACHINE in 2011 to rave reviews, #1 spots on the charts, sold out shows and festival appearances across western Canada. A naturalist musician who was drawn to Louisiana and Appalachia several times to discover the roots of American music for himself, Oliver resides in Victoria, BC where frequent journeys into the rugged BC wilderness fuel his songwriting, singing and playing styles. Performing on Banjo and String Bass, led by tremendous vocal abilities, Oliver’s live show has attracted a lot of attention over the years including that of Tamara Kater, Executive Director of Folk Music Canada: “Since I first discovered him in 2008, Oliver Swain has been one of my very favorite artists… an evening spent with Oliver Swain will leave you breathless and joyful.” Visit www.oliverswain.com for more info.

Glenna Garramone
Inspired by the geography and spirit of the places she has lived, from Nunavut to Hawaii, Glenna Garramone harmonizes the experimental with the classical, and the unexpected with the organic. She crafts “raw, emotional, and utterly captivating” songs (John Threlfall, Monday Magazine), using anything from piano, to guitar, to her tap shoes. Glenna’s talent and creativity have won her invitations to a wide variety of venues; Victoria’s Folk Fest, BC Festival of the Arts, and the Victoria Independent Music Awards. With a style somewhere between Keith Jarrett and Joni Mitchell, Glenna’s songwriting earned her Grand prize in the 2010 Artswells Songwriting Contest.  Her studio debut, Seasky-Starsong, charted at #2 on the folk charts in Victoria, BC.  Recorded in a solar-powered yurt on Molokai’i, Hawaii, her most recent album, Thank You Half Moon captures the intimacy and warmth of Garramone’s live performances. It includes the award-winning song “Bear Scat”  which was featured on CBC radio’s “North By Northwest” with Sheryl MacKay.  She also holds a BFA in Writing from the University of Victoria, with a major in Poetry.  When she’s not traveling, Glenna resides in Victoria, where she directs The Pandora Chours, an indie-pop-rock community choir.  She is also the keyboard player of the band Shane Koyczan and the Short Story Long. Visit www.glennagarramone.com for more info.