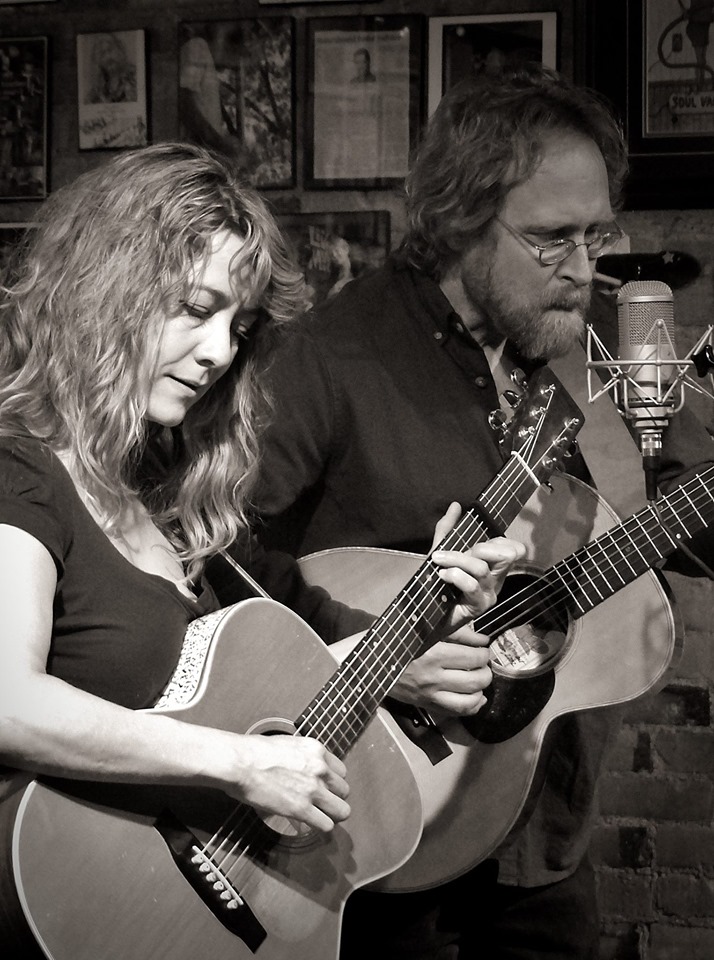 David Stoddard is a songwriter and composer based in Minnesota, USA. He’s a Kerrville New Folk winner, as well as taking writing honors at the Minnesota Folk Festival, the South Florida Folk Festival, and the Tucson Folk Festival.  He tours throughout the US and Canada.He’s produced seven collections of songs, singing and performing on piano, guitar, and accordion.

“It’s not often I hear a songwriter that can write funny and write serious.  David Stoddard is one of the rare ones.  I love his stuff.” – John McCutcheon

Karen Mal sings. From raw sensuality to shimmering bell-like clarity, her voice is both tender and powerful, and as effortless as a waterfall. There’s a river that flows between Karen and her audience. It’s about love. The possibility and the unbearable beauty of it. Elusive and abundant at the same time.

Based in Austin, TX, Karen has created a name for herself as a captivating singer, instrumentalist and songwriter. Ranging from charming to seductive, impressionistic to philosophical, her songs have brought her nationwide acclaim. Shes won top awards from the Wildflower Arts and Music Festival in Texas, the Tucson Folk Festival and the Portland Songwriters Association and has also been a three time New Folk Finalist at Kerrville, emerging artist at Falcon Ridge and a finalist at the Sisters Folk Festival.

When she’s not singing her own songs she’s in high demand as a mandolinist and bassist appearing with Ronny Cox, Buddy Mondlock, Jonathan Byrd, Sam Baker, Ken Gaines and many, many others at Kerrville, Woodyfest and stages across the country. Karen has worn so many hats for so long, that on stage, theres nothing she cant do. You dont just get hot licks; you get melody, counterpoint, and a sense of rhythm that eases the whole sound deeper into the groove. Just ask Celtic superstars Cherish the Ladies who invited Karen to tour with them in 2005.

Karen Mal has a storyteller’s voice, sifting words like she is talking to you over coffee, effortlessly rising from dusky phrases to bell-pure highs. You believe every word and note and you could listen to her sing all night long.