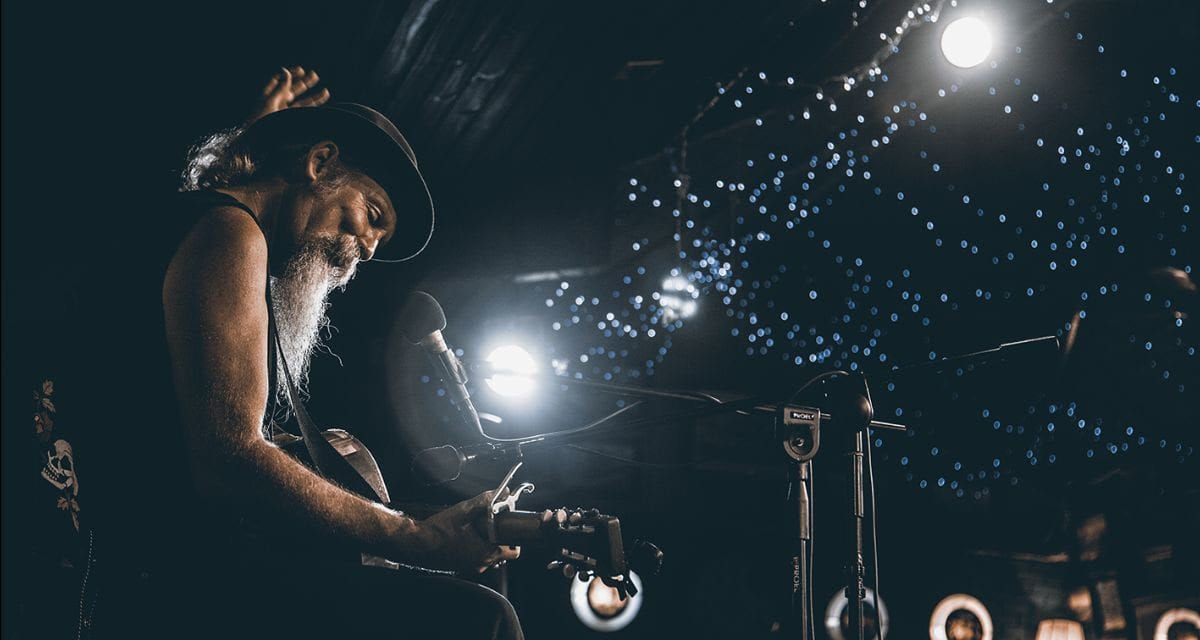 Doc MacLean
Thursday Sept 30
Doors 6:00 Show 8:00
Tickets on sale now at Bozzini’s or call 604 792 0744 to reserve by phone
(No refunds – exchanges for a future show allowed up to 48 hrs prior to showtime)
B.C. Gov’t Card with proof of one or two doses of an approved vaccine required

It’s been over 6 years since we’ve had the pleasure of hosting Doc! Get your tix for a great night of Blues – with Soul!

Telling songs and singing stories. This blues came from the Mississippi delta. But before that, it came from Africa. Passed down from mouth to mouth. More than music. A placement of the human spirit. Doc’s early mentors were the grandchildren of slaves. And now: this continuing journey between the dreamscapes and the songlines: between the blurs of the Highway and the sounds of the wheels: Streamline.

He’s a blues vagabond, writing from the dark side of the highway. A songster from the delta tradition, Doc explored and resided in the American rural south at a time when it was much less visited than it is today, and had mentors like Son House, Peg Leg Sam, and Sam Chatmon. Gifted by the grandchildren of slaves, MacLean now sings his own stories and tells his own songs in his own voice. His mostly resophonic, finger style slide guitar pays sonic homage to Patton, House, and Big Joe Williams, in a roots based, yet contemporary context.

Son of a civil rights lawyer and a fiddle player, MacLean was by his early teens playing harmonica and washboard in coffeehouses and festivals, and was appearing on radio and television variety shows. In 1972 he formed a duo with another young musician, Colin Linden, (Grammy nominated producer and recent Dylan guitarist) and became a frequent and popular opener for Sonny Terry & Brownie McGee, Muddy Waters, and John Hammond.

For the last six years Doc’s National Steel Tours have been sponsored by Long & McQuade, Canada’s largest music retailer, and have featured blues masterclasses and workshops in it’s many locations from coast to coast. His intimate knowledge of the blues has also seen him featured in numerous documentaries, and in an increasing number of educational, in-the-schools presentations.

Now appearing most often as a solo performer, he is equally comfortable at a folk festival workshop, priming a rowdy blues festival crowd, or telling a story in a hushed theatre. In his father’s footsteps, Doc’s concerns for social justice have lead him to perform in the prisons, soup kitchens, picket lines, and hospices of the many communities he passes through.