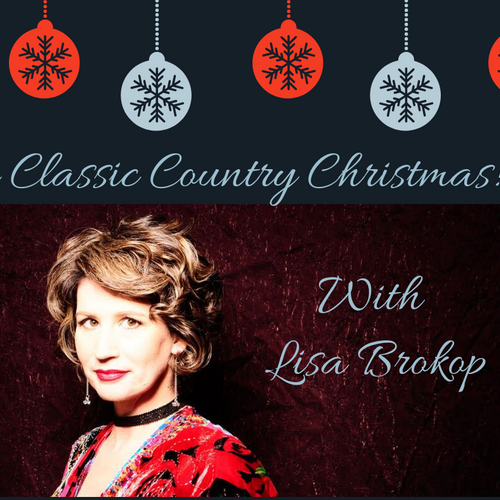 One Night Two Show Only!

Lisa is coming back to Bozzinis! But this time she’ll be including her favorite country Christmas songs!! This is the first time in Lisa’s 25 yrs + of touring that she’ll be doing a show primarily of Holiday music!!! ‘Have Yourself a Merry Little Christmas’,  ‘I Heard The Bells’, ‘Shake Me I Rattle’ and What A Wonderful Beginning are just a few of the classics you’ll enjoy and you can expect to be a part of some sing along, audience participation as well! There is nothing like the simple joy, peace and warmth that comes from a night of Christmas music and everyone is sure to leave fully filled with the spirit of the season!

LISA BROKOP
It’s not often – in fact, some might say very rare – for an artist to have an enduring musical career. In a day and age when most artists barely flicker for a moment before fading out of the spotlight, Lisa Brokop is set to celebrate 20 remarkable years of singing, songwriting and performing.

What’s the secret to her success? “I love what I do,” says Brokop. “Every note I sing, whether in the studio or from the stage, is true. It hasn’t always been an easy road. There have been many curves, bumps and detours. But really, it is the love of the music that motivates each step I take in the business. It keeps me moving forward. And I think fans feel and appreciate that love.”

Opening for Lisa will be Chilliwack’s Singer-Songwriter Tyler Cody. Tyler’s first album is Bare-bones, raw and emotional musical poetry. Influenced by Folk, Rock, Blues and Rap First songs, First album, First Love. Recorded in his bedroom using solely an Epiphone Century 66 reissue, a Hofner bass and a few other “instruments” including a jar of change, a dresser and a bit of creativity. This album has been kept very basic, in hopes that you can jam along and add your own licks and tricks. After all these songs are no longer mine, they are ours!
“I have this CD, and it’s very good” – Mano